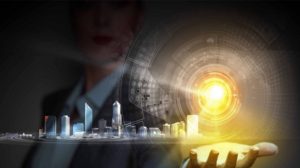 The domino effect has finally begun. Two years ago, organizations were looking around with wide eyes at the possible applications of automation. We’re not talking about simple scripting or macros, but using software to automate larger jobs and inter-dependent functions of the value chain.

Though some were overwhelmed, the forward-thinking took the plunge — they picked one or two high-value areas to test automation, learned from it, and it paid off in dividends.

Today organizations continue to invest much time and effort into understanding and applying “systems that do,” such as RPA, but the real excitement is around what’s coming next, as systems that “think and learn” become more prevalent.

Whereas RPA systems can work only with structured inputs and hard-coded business rules, the next level of automation — Systems that Think — are able to execute processes much more dynamically than the first horizon of automation technologies.

The big advantage with automation technologies that “think” is the introduction of logic which allows these programs to make decisions autonomously.

If you look at IT service automation as an example, those automation systems are able to analyze a user generated request or trouble ticket for key words or other triggers, then based on embedded algorithms and logic, think and make decisions as to how to best prioritize and address each case. Even better, over time their performance improves as they develop comprehensive histories of resolution data, which they are able to access to improve future decision making.

Natural language processing (NLP) is another example. It’s a fast evolving form of software automation which can interpret spoken or written communication and translate it into executable actions. Smartphones increasingly rely on NLP for ‘hands free’ use and call centers increasing deploy NLP-based automated agents to help handle more calls with greater efficiency, scale and consistency.

Looking at the third horizon in our Intelligent Automation Continuum, Systems that Learn, we see a range of fast evolving technologies characterized by their ability to analyze vast amounts of dynamic and unstructured input and execute processes that are highly dynamic and non-rules based.

As an example, machine learning is the technology that is improving the diagnostic capabilities of medical imaging systems, allowing online retailers to create highly individualized catalogs and improving the way software companies test for security vulnerabilities in future application releases.

These learning systems are also adaptive, in the sense that they can apply one set of rules in one situation but when variables change, they can make adjustments optimized for the new situation.

Even more powerful than this digitization of work these technologies provide is the improvement in the human role of organizational operations. People are now more empowered than ever to do what we do well — which is to think creatively, problem solve, prioritize and interact with our clients, partners and coworkers in smarter, more productive ways than ever before possible.

There exists in every organization vast opportunities to apply all the technologies of Do, Think and Learn to improve business processes, accelerate outcomes, increase data quality and enable powerful and predictive analytics.

We also expect the automation continuum to take on a new dimension, which we call “systems that adapt.” As the technologies that enable intelligence become more pervasive across the ecosystem, the “systems that do” horizon will become less useful. “Systems that think” will become the entry tier as learning systems become mainstream. By mid-2017, the do-think-learn model will shift to think-learn-adapt.

These systems that adapt will be characterized by their ability to modify themselves or optimize performance depending on changes to their environment, to divert from or defend themselves from security threats and to interact more seamlessly with other systems and the people they serve and support. In this adaptive realm we will see an even greater degree of interaction and partnership between humans and these software robots.

As was suggested earlier, the promise of intelligent automation is real and it’s here now. It’s more important than ever to take advantage of this growing opportunity, as my friend Rob has summed up:

Business leaders should be taking steps and building plans now to understand the present and future opportunities and begin charting the path forward for their organizations. Learn more about the Do, Think and Learn possibilities and 2017 automation predictions.

6 Functions Retailers Are Digitizing Now and In the Future

OVUM Webinar Goes Beyond the Hype of Robotic Process Automation