Or, Enough Already, When Do Our Wildest Dreams/Worst Nightmares Come True?

Keeping a tight watch on industry trends and news is a top priority of mine as automation venture leader at Cognizant. This includes following the updates and announcements for a select list of categories and companies across the cognitive computing and intelligent process automation market. Within this ecosystem, a category known as Robotic Process Automation (RPA) is an important group and one our team follows extremely closely.

The phenomenon of Robotic Process Automation hit precisely as it seems the 24-Hour News concept took hold of the world of business marketing and headline writing. For example, everyone has seen how the “always on” news world becomes captivated with a particular BREAKING HEADLINE then precedes to run it into the ground. So it’s really not surprising a similar thing has happened with those who speak, write and publish about RPA.

In the case of RPA, the headline that’s taken over is Robotic Process Automation: Reality vs. Hype.  Recently, across just one day, on Twitter, two different webinar promotions, a lunch meeting and a handful of blogs, I counted a dozen unique occasions where the RPA: Hype vs. Reality phrase was used.

It’s easy to look back and see how RPA got to this point, because when it first hit everyone’s radar in 2012 the hype was undeniable. Headlines like “Death of Outsourcing!” or “Automation to Decimate the Workforce!” or “30% to 70% Cost Savings Over Traditional Labor!” were common. Remarkably, over the few years since then the headlines haven’t become any less dramatic. Take a look below and see for yourself…

A robotic threat to outsourcing

Can offshoring survive the robot onslaught?

Skilled Work, Without the Worker

Is automation a new threat to India’s IT sector?

How Digital Labor Will Drive the Third Industrial Revolution

Will software robots give offshore workers the boot?

Why 2014 is the Year of Robotic Automation

Before a Robot Takes Your Job, You’ll Be Working Side By Side

After reading one after another of headlines such as these (with dozens more coming out every week) you have to wonder what truly is the reality of RPA?

Perhaps, the difference between the Hype of RPA and the Reality of it simply depends on the outcome you hope for (or fear) the most.

Rather than choosing a side or predicting an endpoint in the RPA Reality vs. Hype sweepstakes, here’s my pledge: I will talk only about automation REALITY. That doesn’t mean I won’t paint the art of the possible from time to time, but I’ll only do so when it’s plausible, reasonable and grounded in legitimate possibilities. If that’s disappointing to you RPA Hype Seekers out there, (and you know who you are!) I have few hundred links I can send you!

If you’ve made it this far, thanks for reading all the way through and I look forward to sharing ideas with you in the future. I’d also love hearing your automation point of view! Please drop me a note, a follow or a like and let’s start a conversation! Here’s where I hang out online:

INTELLIGENT AUTOMATION – FROM HERE TO THERE 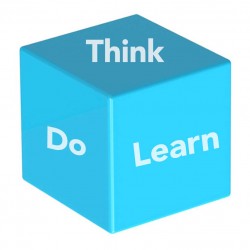