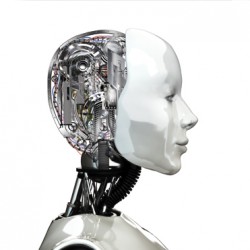 As 2016 has (yet again) been proclaimed “The Year of the Robot ”, the Robotic Process Automation (RPA) story has evolved into even more drama, with at least two opposing sides.  One side predicts Intelligent Automation leads to symbiotic relationships between machines and people and a new era of prosperity, and the other forecasts unrecoverable unemployment, self-serving algorithms and even doomsday cyborgs.

Have the headlines set up RPA up to fail? Where are all the massive RPA transformations promised? How are business leaders charting an optimistic path forward? Are there nuances between these extremes? Are there lessons to be learned?

RPA Revisited – A Retrospective on the Rise of the Robot

In 2011 Robotic Process Automation (RPA) officially claimed front and center of the business stage and quickly became a dominant topic for industry conferences, analyst events, and business publications.  Across Twitter, blogs and other social media the RPA story caught fire as advisers, consultants and automation experts appeared overnight, ready to help companies reap the benefits of this newly discovered technology.

But was RPA really that new, distinctive and powerful?   Fours years later, would we say it achieved the promise so many early evangelists predicted, or was it simply a more sophisticated approach to something IT teams had been doing for years? “Macros on Steroids,” they called it.  To answer that question let’s take a closer look what made RPA stand out in the first place.

For starters, as a technology, Robotic Process Automation is far more flexible and secure than macros.  It scales quickly and is relatively low cost compared to traditional business process management systems.

RPA allows business users with very modest developer skills to automate many types of work processes in just weeks or a couple months at most.  Getting the same thing done using traditional automation technologies could take overloaded IT teams multiple quarters to complete – assuming they could even get the project funded and scheduled.

How is that possible?  Without getting overly technical:

Where are all the massive RPA transformations we were promised?

While the technology of RPA is neither complex nor difficult to master, it is taking organizations far more time to put it to work than most expected.  For most companies, getting RPA right means understanding the automation vendor landscape, reviewing and prioritizing processes, launching pilots and proofs of concept and finally determining the ideal model that will best support them in the long term.

Gradually however the early adopters are creating the lessons-learned for others to follow and best practices are beginning to emerge.  The other change that will accelerate RPA adoption is the shift by many providers to delivering more verticalized offerings, ‘out of the box’ solutions and even automation-as-a-service – all of which require less customization and implementation time.

Opportunities for RPA are Real

Five years ago, when RPA took off the hysteria was undeniable and created extreme expectations (and concerns) for both buyers and providers alike.  Early headlines like “RPA Cuts Delivery Costs in Half,” “Can Outsourcing Survive the Robots,” and “Skilled Work Without the Worker” were common.  Today the hype continues with a recent study proclaiming, “Software Robots Can Reduce Operating Costs by 90%.”

From the beginning, it could be argued RPA hasn’t stood a chance of living up to the hype – and now many may wish the genie would simply return to the bottle.  Either way, the need for business leaders to understand the real opportunities and chart the best path forward is more of a priority than ever.

Contrary to the dramatic media headlines, organizations can realize the promise of Intelligent Automation across key areas of their business.  With the right strategy, right approach, and right team, organizations can reimagine operations with Intelligent Automation technologies and drive breakthrough levels of cost savings, process speed, and insight.

I encourage you to read this article, Robot and I, to learn about what steps to take now on your journey to the future of process automation.

And if you are wondering how to get started, drop me a line.